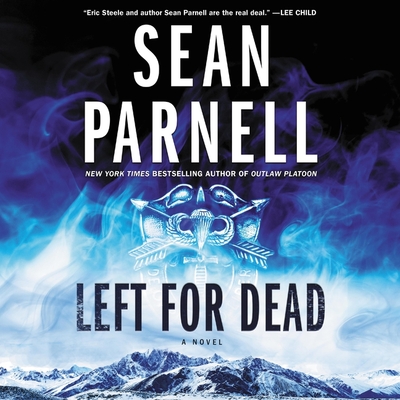 This is book number 4 in the Eric Steele series.

Special Operative Eric Steele battles a renegade group of bioterrorists armed with a devastating virus in the fourth pulse-pounding military thriller from the New York Times bestselling author of Outlaw Platoon. On a remote mountaintop in western China, Doctor Ai Liang is about to risk everything and defy the Chinese Communist Party. She and her team have created a terrifying new coronavirus, even more deadly than COVID-19, called C-62 that is capable of killing a person in twenty minutes. But her conscience tells her she must destroy the deadly bioweapon before it can bring devastation to millions. The doctor's heroic plans are interrupted when mysterious commandos swarm the lab, kill everyone in sight, and take off with the C-62 virus.

Meanwhile, Eric Steele is on a cleanup mission, about to exact revenge on the group responsible for killing numerous alphas and forcing the Program to disband. When justice is served, Steele can turn his thoughts to other pressing matters--namely his long lost father and his estranged girlfriend, Meg Harden.

But when news of CCP plans to attack US forces reach the United States, the President calls for the revival of the Program to deal with this new threat. Steele is back in action, and soon learns that the supposed CCP attack is related to a much more complex plot involving a fanatical Chinese Imperialist group--and the stolen C-62 bioweapon. It's up to Steele and his team to find out who the real threat is and stop them before they can unleash another pandemic in the form of the deadly C-62 virus on the entire world.