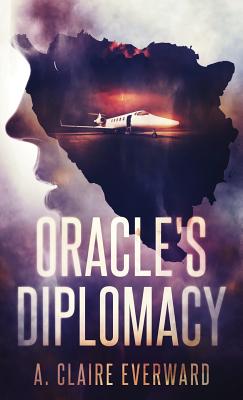 This is book number 2 in the Oracle series.

A man is taken who is the only one who can prevent a catastrophic war. The race against time to find him might already be too late.

"A must read to thriller and action lovers. It felt like a futuristic episode from 24. A great follow up from the first book in the series." Amazon Customer

Ambassador Sendor is on his way to Brussels to discuss with the Internationals' council the peace talks between two nations locked in a deadly conflict, which risks involving Europe in a war the likes of which has not been seen for over a century.

He never arrives. Contact with the plane he is on is lost over Europe, and when it is finally located, intact, the aircrew and passengers are found inside, dead--but the ambassador is gone.

Lara Holsworth has barely had a chance to recover from the attack meant to uncover the secret that is Oracle. But Oracle's help is desperately needed to find the ambassador, and Lara must once again step up. And with Agent Donovan Pierce working on an investigation that crosses paths with hers again, she also has a decision to make--whether to shut him out of her life for good, or finally face a painful part of her past she has long ago sealed away.

Caught in a race against time that could end in endless death and destruction, Oracle must go further than ever to stop those who have taken the ambassador--and are threatening to destroy everything the Internationals have built.

The sequel to Oracle's Hunt is a riveting novel that blends suspense with just the right touch of romance. A political conspiracy thriller set in the international arena, it is a recommended read for fans of Frederick Forsyth, Brad Thor, Mark Greaney, David Baldacci, and Michael Crichton.

If you like page-turning suspense and fast-paced thrillers, you'll love Oracle's Diplomacy, the second novel in the Oracle suspense series. Don't miss the third one, coming soon