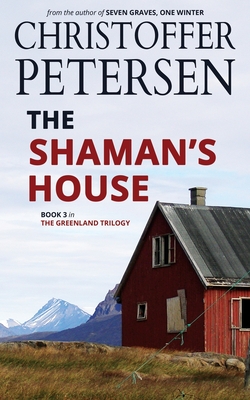 By Christoffer Petersen
$13.99
In Our Warehouse - Expected arrival in 2-5 days

In the eyes of the Danish government, Konstabel Fenna Brongaard has switched sides and gone rogue. The collateral damage she left in her wake in Greenland's capital, Nuuk, has been brushed away by a shadowy figure known as The Magician.

In return for his assistance, Fenna is tasked with entering the United States in the wake of a Presidential assassination, with one clear goal: to apprehend the assassin.

As her list of allies grows thin, Fenna teams up with the man responsible for the death of her Sirius Patrol partner. Together, they must get the assassin out of North America and to a safe house in a remote country.

Fenna knows the end game is in sight, and, if she is to survive it, she needs to choose the terrain and the location.

She chooses the Shaman's House.

The stakes are higher, the action more intense, and the environment raw, wild, and lethal.

The Shaman's House is the third and final book in the Greenland Trilogy featuring Konstabel Fenna Brongaard. If you like Matthew Reilly's Scarecrow Series and Bear Grylls' Will Jaeger books then you'll love Christoffer Petersen's raw action thriller.