Death of the Vazir-Mukhtar (Paperback) 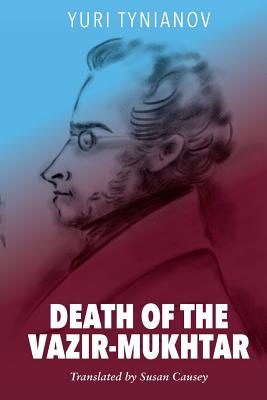 Death of the Vazir-Mukhtar tells the story of the last year in the life of Alexander Griboyedov, a diplomat and playwright in the Russia of Tsar Nicholas I. The novel takes him from being feted in St Petersburg in March 1828, as the successful negotiator of a peace treaty with Persia, through his return to Persia as the "Vazir-Mukhtar" (Minister Plenipotentiary) and his death at the hands of a Tehran mob in January 1829.

On this simple arc Yuri Tynianov hangs a rich, multilayered exploration of Griboyedov's interior life and Russian society. Allusions, metaphors and meditations mix with dreams, dinner parties, affairs and negotiations to create a whirling, immersive experience. Tynianov uses the techniques he developed as a leader of the Formalist school of criticism to make his story vivid, unexpected and forward driving.

First a poetic prologue recalls the short-lived officers' revolt of December 1825 and the disillusionment which followed. The contradiction between Griboyedov's commitments - to serving the Tsar's imperialist ambitions on one hand and to his Decembrist friends and his writing on the other - is an underlying note throughout.

In St Petersburg Griboyedov is presented to the Tsar, negotiates with senior ministers, takes up with former mistresses and generally enjoys his celebrity. Travelling to Persia he stops for months in Tiflis and consummates an obsession by marrying a very young Georgian princess. In Tehran he faces down the Shah and his cabinet of eunuchs but falls victim to a religious djakhat. The final coda picks up on the story told by Pushkin of meeting Griboyedov's coffin on its journey back to Russia.

Yuri Tynianov (1894-1943) was one of the brave and talented young people of the Russian Revolution, a trailblazer of innovation in literary theory, and also an author, screenwriter, poet and translator. The son of a Jewish doctor, he went up to Saint Petersburg in 1912 and married while still a student, scrambling between jobs to support his family. A hugely popular lecturer and thinker, he taught at several institutions, did a variety of publishing work and wrote screenplays for the Sevzapkino studio.

His literary criticism as a member of the Formalist group is still highly regarded, but Tynianov's greatest legacy is his meticulously researched fiction. Death of the Vazir-Mukhtar has been described as "the most extraordinary historical novel one could read." Lieutenant Kizh inspired a film and one of Prokovief's most-loved scores. Both were written at Tynianov's literary peak in 1926-28, just as a long-term illness - multiple sclerosis - tightened its grip on him.

By then Stalin was also tightening his grip and time had run out for the Leningrad spring. Tynianov wrote more novellas and a biographical novel Pushkin while earning his living mainly as an editor. Illness increasingly limited him. When war came he was evacuated from the siege of Leningrad and died in Moscow.

Death of the Vazir-Mukhtar has never been fully translated into English until now. A version by Alec Brown was published in 1938 as Death and Diplomacy in Persia but it omits key parts such as the prologue. Susan Causey, an editor and journalist, who worked extensively on Russian cultural projects in the 1990s and 2000s, saw the need for a good translation. She completed the work over five years as a retirement project but was killed in a road accident before she had the opportunity to publish it. Her husband, Andrew Causey, died shortly afterwards. Her friends and family worked together to rescue and edit the manuscript and organise publication by Look Multimedia.