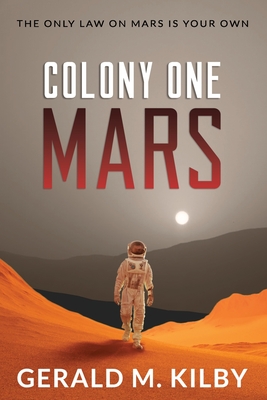 How can a colony on Mars survive when the greatest danger on the planet is humanity itself?

All contact is lost with the first human colony on Mars during a long and destructive sandstorm. Satellite imagery of the aftermath shows extensive damage to the facility, and the fifty-four colonists who called it home are presumed dead.

Three years later, a new mission sets down on the planet surface to investigate what remains of the derelict site. But, it's not long before they realize the colony is not as lifeless as everyone thought. Someone is still alive -- hiding out somewhere.

Yet, before they can find the elusive colonist a strange illness starts to affect the crew. Pressure now mounts on Biologist, Dr. Jann Malbec, to locate the source and find a way to fight it. However, as she investigates she begins to suspect a dark and deadly secret lurking within the facility. A secret that threatens not just the crew but the entire population of Earth.

With limited resources and time running out, she must find some answers and find them fast. Because if she doesn't, none of them will be going home.

About Colony One Mars:

This is the first book in a Sci-Fi series set in a human colony on Mars. The science depicted is, for the most part, plausible. In other words, what's technically possible with either current technology or taking experimental research a step or two further. That said, you won't need a calculator or a slide-rule to enjoy the story.