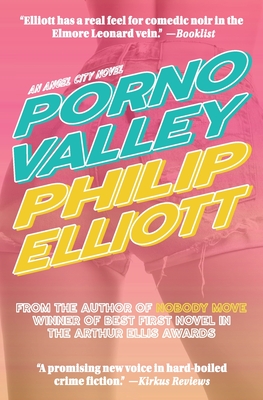 "Nobody knows Los Angeles until they've been entranced by it, corrupted by it, cast out from it, and returned to it on their knees begging it to save them, and Richie knew Los Angeles. He knew it better than anyone. This time he would tame the beast and make it his own--this time he would win."

Flash back to 1998 and struggling hair salon employee Jemeka Johnson, suspecting boyfriend Ray-Ray of infidelity, follows him one night from their East Compton home to what turns out to be a drug deal gone sour where a twist of fate finds Jemeka tossed onto a dark and dangerous path-one that offers huge reward for someone bold enough to seize it.

Meanwhile, in 1999, tired of robbing small-town diners and shooting bad dope in filthy motel rooms, newlyweds Richie and Alabama return to LA in search of the perfect score.

Paths cross and past meets present as bad decisions hurtle toward worse consequences-and no one will ever be the same.