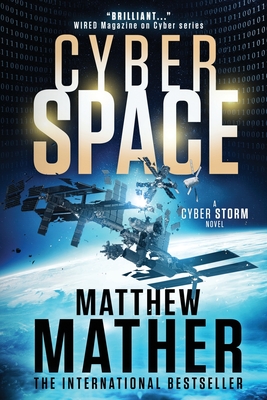 A new future war unleashed. An event that will forever change the world.From the Amazon Charts bestselling author of CyberStorm comes a riveting new masterpiece. "BRILLIANT..." WIRED Magazine on Cyber series Six years after the events of CyberStorm, Mike Mitchell is reunited with his old friends Damon and Chuck in New Orleans. He brings his son Luke, now eight years old, while his wife Lauren attends a business meeting in Hong Kong. As soon as they arrive, simmering tensions on the Indian subcontinent explode. One after the other, missiles are launches that destroy satellites in orbit. Russia and China threaten America not to intervene. Everything seems like it will be fine, until... Suddenly, GPS signal goes out. Borders are closed. Communications go down. Thousands of planes are stranded in the air as Mike discovers that his wife Lauren took an overnight flight from China to Washington that morning. With satellites falling from the sky and rolling blackouts sweeping the nation, Mike must fight his way across the country in a desperate race against the clock to save his family. But this is only the beginning as the shocking truth comes out, in a new generation of warfare that will change the world forever... "Couldn't put it down...not only a great thriller, but a wakeup call." Brent Watkins, FBI Special Agent (retired)