Every Sky a Grave: A Novel (The Ascendance Series #1) (Hardcover) 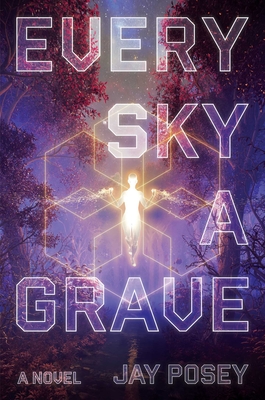 This is book number 1 in the The Ascendance Series series.

The first novel in an exciting new series, Every Sky a Grave is a thrilling space epic following a powerful woman who can destroy planets with a single word but is suddenly faced with an adversary that threatens the entire known universe.

Far in the future, human beings have seeded themselves amongst the stars. Since decoding the language of the universe 8,000 years ago, they have reached the very edges of their known galaxy and built a near-utopia across thousands of worlds, united and ruled by a powerful organization known as the Ascendance. The peaceful stability of their society relies solely on their use of this Deep Language of the cosmos.

But this knowledge is a valuable secret, and a holy order of monastics known as the First House are tasked with monitoring its use and “correcting” humanity’s further development. Elyth is one such mendicant, trained as a planetary assassin, capable of infiltrating and ultimately destroying worlds that have been corrupted, using nothing more than her words.

To this end, Elyth is sent to the world Qel in response to the appearance of a forbidden strain of the Deep Language that was supposed to have died out with its founder over seven hundred years prior. What she finds on the backwater planetoid will put her abilities to the test and challenge what she knows of the Deep Language, the First House, and the very nature of the universe.

Jay Posey is the author of the Legends of the Duskwalker trilogy and the Outriders series. He’s also spent fifteen years with Ubisoft/Red Storm Entertainment, contributing as a writer and game designer to a variety of projects, ranging from Tom Clancy’s award-winning Ghost Recon and Rainbow Six franchises to the virtual reality game Star Trek: Bridge Crew. Jay currently resides in Durham, North Carolina.

"A fresh new sci-fi epic filled with planet-shattering forces that Posey somehow makes as delicate as they are wondrous. It's masterful stuff, and I can't wait for more!"—New York Times Bestselling Author, Jason M. Hough