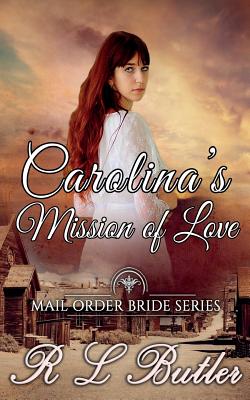 This is book number 10 in the Mail Order Bride series.

This is a clean Western Historical Mail Order Bride Romance book that does not contain any foul language or sexual situations.

Carolina's father passed away while traveling with her to Truckee Meadows, in Nevada Territory to become the new town doctor. After his passing, Carolina continued on to their destination in anticipation that the town would accept her as their new doctor.

Shortly after her arrival, Carolina found a group of young boys attacking what she thought was an animal. To her surprise, the victim was actually a young boy with a cleft lip. Carolina immediately felt sorry for the child and decided she wanted to surgically repair his disfigurement, so he wouldn't no longer have to suffer abuse from the other children.

When Carolina met with the child's father to discuss the possibility of reconstructive surgery, she instantly found herself at odds with him.

Will the two of them overcome their differences so Carolina can perform the surgery?