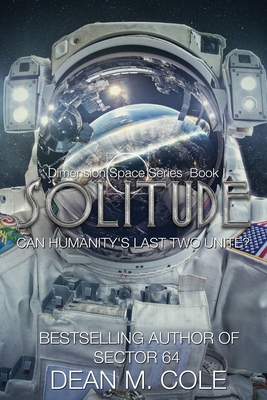 The Martian meets Gravity when Army Pilot Vaughn Singleton, Earth's last man, rushes to Area 51 in search of a spaceplane after he discovers the last woman is stranded on the International Space Station and barely alive-thus beginning a race against time. The event that wiped life from the planet started at the supercollider. It created a rift in space-time. The astronaut stranded aboard the space station, Commander Angela Brown, is a theoretical physicist who used to work at the collider. She may be able to reverse the event, restoring the timeline and returning all life to the planet ... if only she could get there. If you like action-packed, page-turning novels, you'll love the electrifying action in this trilogy of award-winning thrillers.

Army aviator Vaughn Singleton takes part in a NASA experiment in a last-ditch attempt to reignite his failing military career, but when he emerges from the experimental vacuum chamber, he soon discovers he is the last human left on Earth, a position for which he is emotionally ill equipped.

Stranded alone on the ISS, Commander Angela Brown watched a wave of light sweep across the planet. Over the following weeks and months, Angela struggles to contact someone on the surface as she fights to survive aboard a deteriorating space station. Then, from orbit above Central Europe, Angela glimpses the dark underpinnings of humanity's demise. It appears something went horribly wrong with a physics experiment at the supercollider in Geneva, Switzerland. As a theoretical physicist, Angela might be able to unravel and maybe even reverse the events that led to the apocalypse...if only she could get there.

Can Vaughn find a path to space and back? Can Angela-the only person capable of reversing humanity's disappearance-survive until he does?

"Like The Martian on (and above) Earth. An epic survival story with very human characters, clever problem-solving and a gripping mystery. The end left me with NO IDEA where Dean was going with the story, I couldn't wait for the next book." (Craig Alanson, NYT Bestselling Author of Expeditionary Force)

What Readers are Saying:

★★★★★ 'Exciting with a truly unique look at an imaginative post-apocalyptic world. Well done.'

Scroll up and grab your copy today.