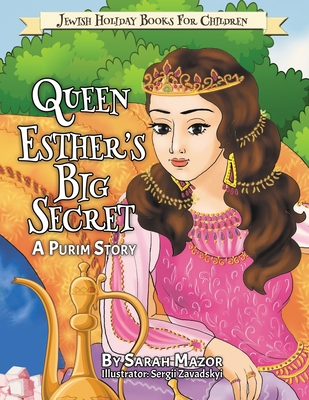 By Sarah Mazor, Sergii Zavadskyi (Illustrator)
$16.78
In Our Warehouse - Expected arrival in 2-5 days

The Purim holiday celebrates the miraculous story of the Jews of Persia during the reign of Achashverosh (Xerxes I), over 2400 years ago.

The Book of Esther, the Megillah (on which Queen Esther's Big Secret is based), which is read on Purim in synagogues around the world, commemorates the events of the days during which Haman's plot to eliminate the Jews of Persia was met by the heroic deeds of Queen Esther, the Jewish heroine who saved her people.