The Swamp: Deceit and Corruption in the CIA (Paperback) 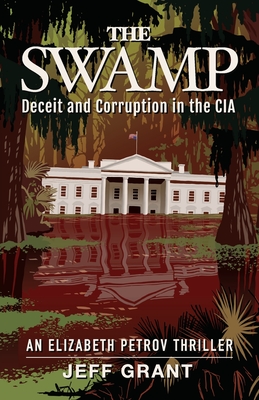 The Russians have developed a weapons system so powerful and deadly it could alter the balance of power in the world-and in space. What happens when an admittedly nerdy CalTech physics grad, a former model rocket enthusiast turned Ph.D., working at NASA's renowned Jet Propulsion Laboratory in sunny Pasadena, is recruited by a Central Intelligence Agency (CIA) desperate to close the gap?

Dr. Elizabeth Petrov was brought to the US as a toddler from Russia by her grandfather and speaks the language like a native. Her unique combination of birthright, education, and experience studying the field of hypersonic flight, where spacecraft can reach speeds over five times the speed of sound, brings her country calling. From all indications, the Russian system will soon be operational, a fact too chilling to even entertain.

At first, Elizabeth is awed and fascinated by the unimaginable spy craft put at her disposal by the CIA. Answering her country's dire call, she martials her every asset and dives in, typical of a woman who went from high school to Ph.D. in only nine years. But when she inadvertently uncovers criminal behavior by a prominent US businessman, Elizabeth begins to understand why insiders call Washington, DC "the swamp." Wading through the fetid waters of deceit and corruption, she risks her life, and those of the people closest to her-her grandfather and her girlfriend-to do the right thing.

The Swamp: Deceit and Corruption in the CIA is the first volume in the Elizabeth Petrov Thriller series, written by Jeff Grant, who served for 21 years at the CIA and the National Reconnaissance Office (NRO). While at the CIA, Grant worked at the highest levels of technological intelligence gathering. After leaving government service, Grant worked in the private sector, most recently as the VP/General Manager of Space Systems at Northrop Grumman Aerospace Systems.

Prior to publication, The Swamp was screened by the CIA and approved for release.