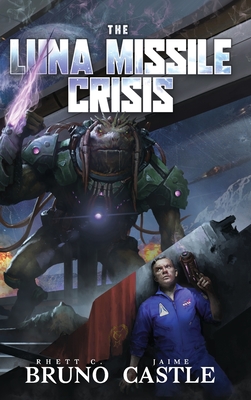 "Aliens, agents, and espionage abound in this Cold War-era alternate history adventure... A wild ride " -Dennis E. Taylor, bestselling author of We Are Legion (We Are Bob)

The year is 1961. The Cold War is in full swing and the space race is on. Russia aims to send humanity to space... but what if space comes to humanity instead?

Soviet Yuri Gagarin's historic first manned-spaceflight is disrupted when an alien Mothership jumps into orbit, causing a cosmic car crash that defies all odds. Everything changes. The US and USSR must quickly put aside their differences. In exchange for the Earth's help in the rebuilding of their Mothership, the mysterious aliens know as Vulbathi offer promises of technology beyond humanity's wildest dreams. All the while, the world asks whether the Vulbathi are saviors or conquerors.

When an alien tech counterfeiter's mistake sets off a chain reaction, the fragile peace is threatened. Connor McCoy didn't mean to upset Earth's new intergalactic neighbors. He only wanted to make some cash.Now, Connor is the only person who can stop the doomsday clock from striking midnight. That is if his estranged brother, an agent in the new Department of Alien Relations, doesn't get to him first.

If you're a fan of District 9, The Expanse, Destiny's Crucible, or Andy Weir's Artemis, you'll love this first contact alternate history romp across Earth and space.