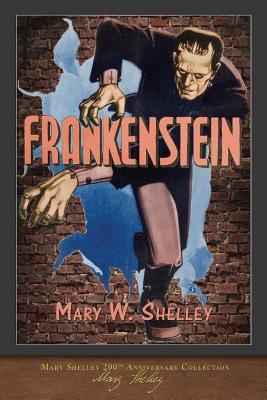 By Mary Shelley
Email or call for price.

A beautiful edition with the original text from the 1818 version.

Frankenstein; or, The Modern Prometheus was written by the English author Mary Shelley. It recounts the tale of Victor Frankenstein, a scientist who creates a grotesque, living creature in an unorthodox scientific experiment. The first edition was published anonymously in 1818, when Shelley was only 20 years old. Her name finally appeared on the second edition, published in France in 1823. She was supposedly influenced by knowledge of alchemist experiments carried out by Johann Dippel in the Frankenstein Castle in Germany.