The Technician: A Novel of the Polity (Mass Market) 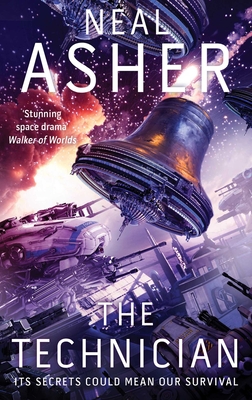 The Theocracy died 20 years ago, and the Polity rules on Masada. But there is a group of rebels, called the Tidy Squad, who cannot accept the new order. They hate the surviving theocrats, and the iconic Jeremiah Tombs is at the top of their hit list.

After breaking out of his sanatorium, Tombs is pushed into painful confrontations with all that he has avoided since the rebellion. Many years ago, an almost mythical hooder called the Technician attacked him and did something to his mind. Tombs’s insanity needs to be cured, because he might have knowledge about the suicide of an entire alien race. The war drone Amistad, who has the task of bringing this information to light, recruits Leif Grant, a former rebel Commander, to protects Tombs. Penny Royal and Chanter are recruited as well.

Meanwhile, far off in deep space, the device that the Atheter used to reduce them to animals awakens and begins to power its weapons. . . .