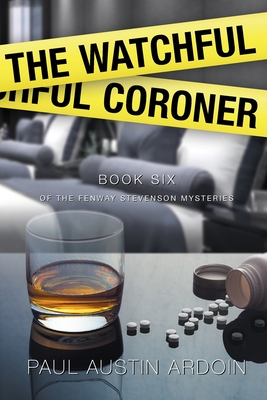 A murder in the city's most exclusive hotel. The prime suspect? Her boyfriend's ex-wife.

There's another killing in the cozy beach town of Estancia. This time, Coroner Fenway Stevenson needs to solve the murder of one of the most prominent businessmen in town.

But everyone has ulterior motives.

The new mayor is pressuring her to make a quick arrest. Is he eager for justice or does he have something to hide?

Fenway's relationship with her boyfriend is strained when the investigation threatens to unearth a terrible secret and tear his family apart.

Her father lies comatose after being shot by a bullet meant for Fenway. His company is on the brink of disaster.

The investigation quickly turns into a political and personal battleground. Her friends, colleagues, and family get caught in the web of complicated relationships and contradictory evidence-and as the mayor turns the screws on Fenway, her emotions reach the boiling point.

When the primary suspect's alibi changes, Fenway knows something isn't right. Is she trying to hide a bigger secret or is she playing a more nefarious game?

Will Fenway arrest an innocent woman to save herself?

Can she uncover the truth before it's too late?