The Ghost: An Assassin's Story (Paperback) 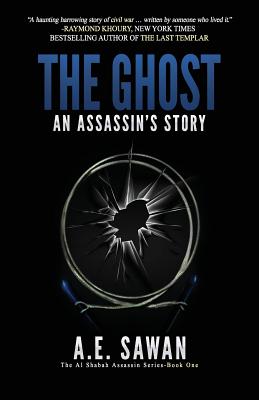 The Ghost: An Assassin's Story, is based on the true story of the author's experiences growing up in Lebanon during that country's bloody civil war, as well as his time as a counter-terrorist operative. The story follows "Paul" from his childhood in the Bekaa Valley to adulthood when he is recruited and trained as a killer by both Israel's Mossad and the CIA.

A tale of obsession and revenge, in this first book of the Al Shabah Assassin Series, Paul ultimately finds himself on the trail of a childhood nemesis who had become the feared charismatic leader of a violent jihadist group. This fast-paced thriller takes Paul around the world in his personal search for truth and justice, and a final showdown with a yellow-eyed terrorist who one violent day ended Paul's childhood and set him on the road to becoming an assassin.

"A haunting, harrowing story of civil war ... written by someone who lived it." - Raymond Khoury, New York Times bestselling author of The Last Templar