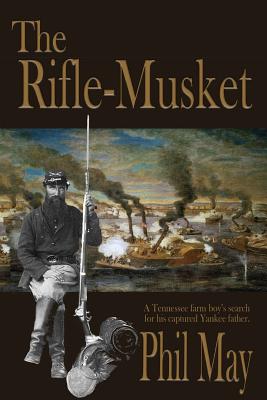 Phil May is a retired Senior Vice President, creative director of a large New York advertising agency. Upon graduation from San Jose State College as an advertising major, the New Jersey native began his career as a junior copywriter in Los Angeles. Within a couple of years he was transferred to New York by J. Walter Thompson, which was then the largest ad agency in the world. He worked his way up to being a Vice President, associate creative supervisor. He thinks he was the youngest person ever made a VP at JWT up to that time. Phil won numerous advertising awards during his career, including a Bronze Lion at the Venice Film festival for a Kodak commercial originally shown on the Academy Awards TV show. Phil and his wife, Cindy, live in Williamsburg, VA with their Parson Russell Terrier Grady who has taken over their lives. Together they have seven children and sixteen grandchildren ranging in age from nine to twenty-four. Phil has been a collector all his life. He collected Civil War rifles, rifle-muskets and muskets beginning at age ten. He has owned 67 cars and three motorcycles since age 13. Phil sincerely believes that old cars are a disease. Present plaything is a 1948 MG TC-his fifth of that model in the last 50 years. Other cars have included five wooden station wagons, seven Model A Fords, a 1913 Model T Ford, two Morgans, an AC Ace, an Austin Healey 100-4 and others. His book, The Prime Project, is a thriller with his protagonist, Sam Hill. It is due to be published in 2018. Visit the High Tide Publications website at www.hightidepublications.com for additional information. Phil can be contacted on his website at www.PhilMayAuthor.com.