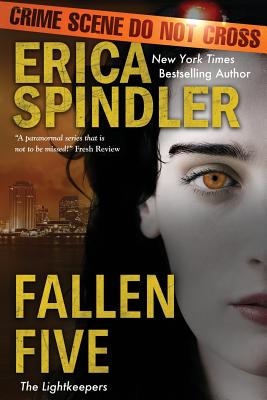 This is book number 3 in the Lightkeepers series.

Descended from an ancient race, Earth's few remaining Lightkeepers battle the forces of darkness that threaten humanity. The countdown continues . . .

Detectives Micki Dare and Zach Harris are called in to investigate when a millionaire developer leaps from atop his luxury hotel on the night of its grand opening.

After Micki receives a mysterious package from her long-dead mentor, and Zach suspects something supernatural is working against them, they realize this is no ordinary case. A dark force is once again threatening the Big Easy.

Aspects of this case prove eerily similar to an unsolved murder from years before, making the stakes dangerously personal for Micki. This time it's her life on the line.

It will take the ingenuity and special skills of their misfit band of light beings and humans to bring this perpetrator down . . . but can they do it before they lose one of their own?