The Egyptian Princess: A Story of Hagar (Paperback) 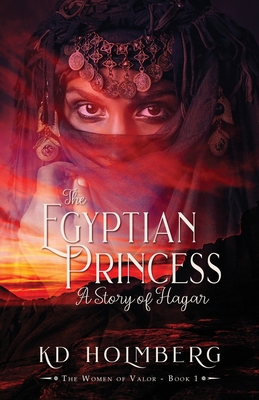 Two women, one ancient Egyptian harem, and the daring decision that changed the course of history.

In the opulent court of Egypt's tenth dynasty, Princess Hagar has always known her destiny. One day, she will marry the Crown Prince Merikare and become the Great Royal Wife, the most powerful woman in Egypt. But dark dreams afflict Hagar the moment she hears of the latest addition to Pharaoh's harem: the stunning, iridescent Sumerian, Sarai. Princess Hagar feels a powerful presence around the Sumerian woman. Hagar suspects Sarai has brought black magic into the palace-but what can she do to convince Pharaoh?

The intrigue of Pharaoh's court pales in comparison to that swirling in the Royal House of Women among the wives, children, and concubines of the king. Sarai's arrival upsets the already precarious balance. Loyalties divide, and betrayal, jealousy, and tragedy plague the once peaceful household. When a series of disasters befalls Egypt, Hagar must make a daring decision, and the stakes could not be higher. She could lose everything-her position, her power, her family, and even her life.

Torn between the silent gods of Egypt and the powerful presence that surrounds Sarai, Hagar's world falls apart around her. She must acknowledge the terrible price of truth, and decide for herself who she will serve.