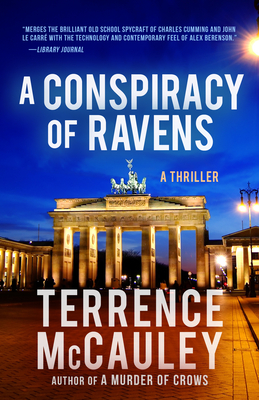 By Terrence McCauley
$16.00
In Our Warehouse - Expected arrival in 2-5 days

This is book number 3 in the James Hicks series.

The Battle Lines Have Been Drawn. The War Has Begun.
The riveting new James Hicks thriller by award-winning author Terrence McCauley

James Hicks has spent his entire life and career fighting on the front lines of terrorism for the clandestine intelligence organization known as The University. Hicks has learned that enemies can appear and disappear in the blink of an eye, and allegiances shift like the wind. But now, Hicks has finally discovered his true enemy: the criminal organization known as The Vanguard.
This shadowy group has operated as a deadly organization comprised weapons dealers, drug runners, and money launderers for decades, but has now decided to add regime change to their catastrophic agenda. But knowing the enemy is one thing. Being able to defeat it is another matter entirely. When Hicks uncovers a solid lead on his new adversaries, his world explodes. His home base is attacked, his operatives in the field are wiped out, and, for the first time, The University finds itself in open combat against an unknown enemy. In a battle that rages from the streets of Manhattan to the halls of power in Washington, D.C., to the dark alleys of Berlin, Hicks will have to use every resource at his disposal to defeat A Conspiracy of Ravens.