Nightmares of an Ether-Drinker (Paperback) 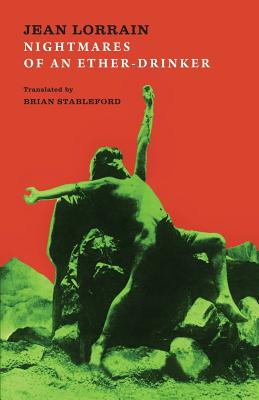 By Jean Lorrain, Brian Stableford (Translator)
$18.85
In Our Warehouse - Expected arrival in 2-5 days

None of Jean Lorrain's biographers has contrived to discover exactly when or why he began taking ether, or how much of it he took before realising (too late) that it was an extremely bad idea. The drug certainly helped provide the feverish, nightmarish atmosphere of these wonderfully decadent and sophisticated tales, and many of the apparitions with which they are populated.

Brian Stableford's superb translations represent the first appearance in English of Jean Lorrain's ether-inspired 'nightmares', originally collected as Sensations et Souvenirs in 1895. The later tales also translated here for the first time are in the tradition of the contes cruel, and in them the influence of ether-drinking is still very much apparent.

In his authoritative Introduction Brian Stableford presents Lorrain as one of the select band of literary figures "whose life and art were bound together into the most seamless whole. He was the man who embodied, more intimately and more inescapably than any other, the absurdities, affectations, paradoxes and perversities of the Decadent style and the Decadent world-view."