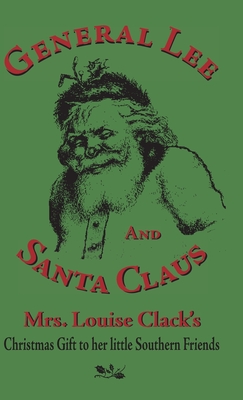 General Lee and Santa Claus is a delightful children's Christmas book first published in 1867, a scant two years after the end of the War for Southern Independence.

This is the story of three young Southern girls trying to understand why Santa Claus didn't visit the little Southern children during the four Christmases of the War.

With the help of their auntie, they ponder this question one afternoon and finally write a letter to General Robert E. Lee, knowing he would be able to answer their question.

They decide to put his answer, along with their dreams and other stories, into a book and give it to Santa Claus, so he could sell it for the benefit of the little Confederate children who had lost everything by the War.