Sing in the Sunlight (Paperback) 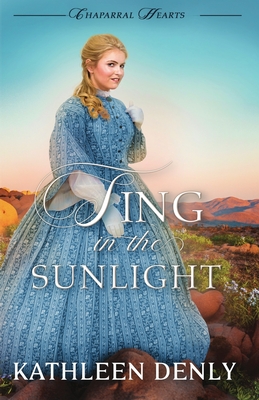 Richard Stevens isn't who he thinks he is. Neither is the woman who now claims his last name.

Disfiguring scars stole Clarinda Humphrey's singing career, her home, and her family, but she refuses to let her appearance steal her future. While attending The Young Ladies Seminary in 1858 Benicia, California, she finds a man who promises to love and cherish her. Instead he betrays her, leaving her with child, and Clarinda must take drastic measures to ensure her child doesn't suffer for her foolishness.

Richard Stevens's life hasn't turned out as he expected, and when a shocking letter turns even his past into a mystery, he travels to San Francisco in search of guidance. On the way, he encounters a mysterious young woman hiding beneath a veil. That night he experiences a dream that sends him on a quest to find the bride God has chosen for him. He never imagines she's already told everyone they're married.

Unwilling to lie, nor accept a marriage of mere convenience, Richard wants the real thing. Yet Clarinda's not interested in love, only a chance to save her child. Can he help her rise above the pain that runs deeper than her scars to accept a love worth every risk?