A Ring of Roses (Paperback) 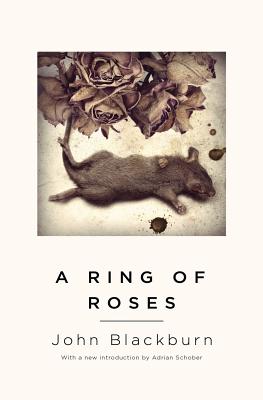 By John Blackburn, Adrian Schober (Introduction by)
Email or call for price.
In Our Warehouse - Expected arrival in 2-5 days

'Our only current writer who can induce such terror as the Grimm brothers did, and some of the Grimm characters are among the ingredients in this hellbrew of the return of the Black Death.' - Times Literary Supplement 'A splendid example of a gripping narrative that also connects to a real intelligence . . . has an] original vitality.' - David Hare, Spectator 'A violently exciting modern suspense story.' - St. Louis Post-Dispatch 'Best of recent intrigue-thrillers' - Anthony Boucher, New York Times When nine-year-old Billy Fenwick goes missing on a train journey through East Germany, British authorities suspect a kidnapping for ransom, or, worse, a Communist conspiracy. But after Billy returns home safely, it appears his parents' fears were unfounded . . . until a 107-degree fever sets in and the buboes begin to appear on his body. Famed bacteriologist Sir Marcus Levin immediately recognizes the signs of bubonic plague, the first outbreak in England since the Black Death of the fourteenth century. But is it a freak occurrence caused by a natural mutation, or Soviet germ warfare, or something far more sinister? The trail leads Sir Marcus and General Kirk of British Intelligence to an ancient German crypt, where a macabre relic from 600 years ago will provide the crucial clue in unravelling the diabolical plot of a madman hellbent on wiping out the human race One of the prolific John Blackburn's most effective thrillers, A Ring of Roses (1965) updates medieval legends and the tales of the Grimm brothers into a chilling modern-day horror story. This edition, the first in decades, features a new introduction by Adrian Schober.