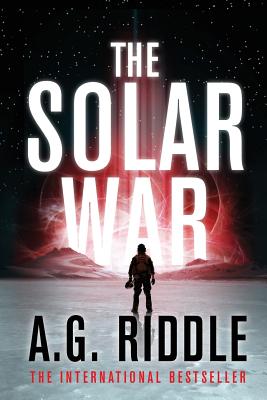 Read the second book in The Long Winter trilogy

We thought the war was over.
We were wrong.

They decimated Earth during the Long Winter.
Now the grid has returned, and they won't stop until the human race is extinct.
On a ruined world, humanity's last survivors fight against impossible odds.
In their darkest hour, they discover a new hope for survival. But it comes at an unthinkable price, with consequences that will change everything.

After the Long Winter, Emma Matthews and James Sinclair hoped life would get back to normal. They've settled down in Camp Seven and welcomed their first child, a daughter. And they have waited and watched the sky for any signs of the grid's return.

When NASA discovers that several asteroids have broken from the Kuiper Belt and are headed for Earth, James instantly realizes the truth: the grid is back. And this battle will be one to the very end.

As he and his team prepare for humanity's last stand in space and on the ground, Emma makes a discovery closer to home, one that will change life for her and James once again.

With war raging around them, Emma and James fight to keep their family alive. In the cold darkness, humanity splinters. New alliances emerge. At every turn, Emma and James face new dangers--and question whom to trust.

Just when it seems that all hope is lost, James uncovers what may be the key to humanity's survival. But it comes with enormous risks. To implement his plan, he and Emma will have to survive the grid and another, even more deadly enemy. One thing is certain: their gambit will change the future of the human race forever.

"...reads like a superior collaboration between Dan Brown and Michael Crichton."
-- The Guardian on Pandemic

"I finished the book fast because I just couldn't wait..."
-- WIRED GeekDad on Departure

"Riddle... keep(s) the focus on his characters... rather than the technological marvels"
-- Publisher's Weekly on Departure

"Well-constructed and tightly-wound as a fine Swiss watch--DEPARTURE has non-stop action, an engaging plot and, of course, wheels within wheels."
-- Diana Gabaldon, bestselling author of Outlander