Follow the Drinking Gourd: Come Along the Underground Railroad (Setting the Stage for Fluency) (Paperback) 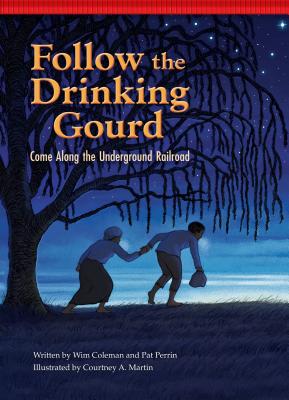 Slavery in the United States became illegal in the 1860s. Before that, many slaves found their way north by following the Big Dipper, or the Drinking Gourd as they called it. Our story begins in 1880 with Old Ellie and Old Sam, two escaped slaves who share their brave story along the path to freedom called the Underground Railroad.