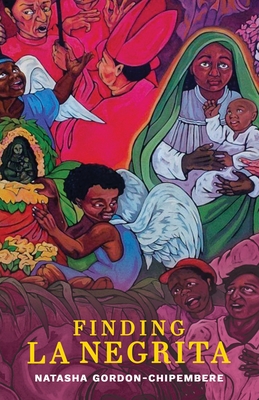 By Natasha Gordon-Chipembere
$18.89
Email or call for price.

Finding La Negrita is a captivating retelling of the Black Madonna narrative, which has driven Costa Rica's national and spiritual identity since the 1700s. In powerful prose, Natasha Gordon-Chipembere delivers a vivid and intimate living portrait of slavery in this nation, which was radically different from plantation bondage in other parts of the Americas.

Meet Dakarai, a famed African sculptor who must buy his freedom once he is stolen into slavery and separated from his newborn daughter, Jendayi. Her mother has died in childbirth, in the hold of a Middle Passage ship. Husband and child are left to reconcile their grief over her absence and forge a life somehow in the New World. Finding La Negrita spans time and space as it captures Dakarai and Jendayi's reunion, one ripe with the secrets and sacrifices a single father confronts while raising a strong-minded young girl, in an era with a precarious line between freedom and enslavement. In those margins, and unbeknownst to each other, they both dare to pursue dangerous new loves beyond the limits of what colonial society will permit. But at what cost to themselves and each other?