The Dark Side of the Island (Paperback) 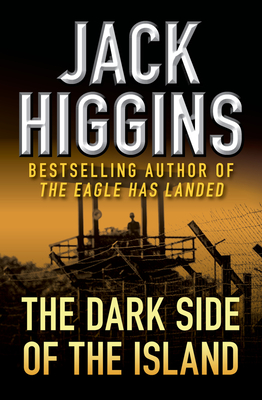 A former WWII intelligence agent searches for redemption in this thriller by the New York Times-bestselling author of The Midnight Bell. It's been nearly twenty years since Hugh Lomax set foot on the Greek island of Kyros. During World War II, British Intelligence sent him there on a mission to take out a high-tech German radar station. Aided by the local resistance, he succeeded--but was also captured and spent the rest of the war imprisoned. Now, he's returned. But he is far from welcome. When he reunites with someone he thought an old friend, the man threatens to kill him. The local authorities make it clear that he should leave and never come back. Because although he thought he had helped save Kyros, Lomax soon learns that his former comrades believe he turned traitor in captivity--a betrayal that cost many lives. Unwilling to live with the betrayal, Lomax must delve into the violent past and dig into the unfamiliar present to find the man who stained his name with the blood of his friends. But this secret enemy is still watching his every move, waiting to silence him forever . . . Written before his novel The Eagle Has Landed took the world by storm, Jack Higgins's adventure of war and treachery showcases his absolute mastery of combining plot, action, and vividly drawn characters into the perfect thriller.