The Rock of Chickamauga: A Story of the Western Crisis (Paperback) 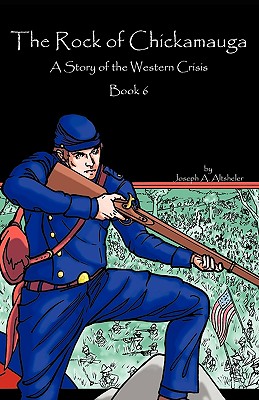 Dick Mason is now firmly entrenched in the conflict in the West, under the command of Colonel Winchester. He and his comrades are amazed at the unfamiliar terrain and the impressive plantations in which they are occasionally housed. Will this lifestyle cease to exist when the North conquers the South? Sent on numerous scouting escapades, Dick encounters southerners who both repulse and appeal to him. The cruel guerilla, Slade, who pursues him relentlessly and is bent on his destruction, seems impossible to conquer, and Dick would dearly love to dispose of such an evil fellow. The brave, yet irascible, Charles Woodville, is another matter. While Colonel Woodville despises Dick at first, he finds, upon repeated contacts, that this young, Northern officer is polite, brave, and likeable. In fact, the two are able to help each other on a number of occasions throughout this campaign, while fighting on opposite sides When Vicksburg finally falls to the North, Dick believes that his side might win. When he hears that the south is retreating with heavy losses from Gettysburg, he is even more confident. And the impressive stand of General Thomas at Chickamauga confirms in Dick's mind the North's ultimate victory. But nothing can stop the horrors of war in the meantime, and Dick can only persevere and hope that those he loves, on both sides, will make it out alive. This eight-book set tells the story of America's greatest conflict through the lives and experiences of Kentucky cousins Harry Kenton and Dick Mason. Torn between family ties and political beliefs, father and son Kenton serve in the Confederate army, while Dick Mason leaves his widowed mother and fights to preserve the Union. Unlike many contemporary historical fiction accounts of the Civil War, this series brings to life the human drama of the war without resorting to foul language and gratuitous violence. Our editing team updated the punctuation and footnoted less familiar words making these classic books more understandable for the modern reader.