The Star of Gettysburg (Paperback) 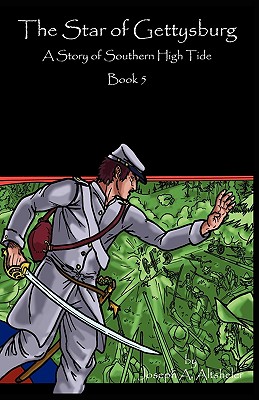 Harry Kenton's hopes for the Confederacy suffer a severe blow when his beloved commander is mortally wounded at the Battle of Chancellorsville. Without Jackson's leadership, will the South be able to defeat the resilient North? With this brilliant subordinate gone to glory, will Lee's military genius be enough to see the South through to final victory? Harry wonders. Although temporarily dampened by Jackson's death, Southern morale revives as Lee's veterans leave war-weary Virginia for another invasion of Northern territory, destined to meet their foe at the hitherto unknown town of Gettysburg. Has the Army of Northern Virginia, believed by many to be invincible, finally met its match? Will Pickett's Charge be the South's swan song? Has the cause costing so many men and boys the "last full measure of devotion" been in vain? From Fredericksburg to Gettysburg, join Harry Kenton and his comrades for the events leading up to and culminating in the "high tide of the Confederacy." This eight-book set tells the story of America's greatest conflict through the lives and experiences of Kentucky cousins Harry Kenton and Dick Mason. Torn between family ties and political beliefs, father and son Kenton serve in the Confederate army, while Dick Mason leaves his widowed mother and fights to preserve the Union. Unlike many contemporary historical fiction accounts of the Civil War, this series brings to life the human drama of the war without resorting to foul language and gratuitous violence. Our editing team updated the punctuation and footnoted less familiar words making these classic books more understandable for the modern reader.