The Scouts of Stonewall: A Story of the Great Valley Campaign (Paperback) 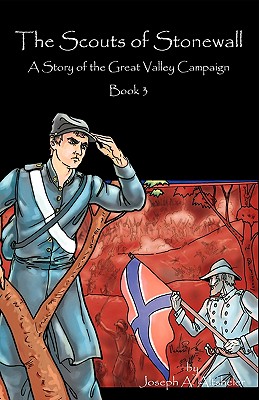 General George B. McClellan's powerful Army of the Potomac is preparing to march on Richmond, Virginia, the Confederate capitol, and the South's fortunes hang in the balance. Transferred to Stonewall Jackson's command, Harry Kenton and the Invincibles wonder what their new commander's next move will be. They don't have long to wait. Jackson sends Harry on a scouting mission to ascertain the whereabouts of the enemy. Observing a strong Union cavalry force headed for Confederate supplies stored at Hertford, he hurries to warn the tiny Confederate garrison, bringing along a small detachment of Confederate cavalry to assist in the town's defense. After helping to repulse the initial Union assault, Harry, under cover of darkness, eludes the Yankees besieging the town and races back to General Jackson with the news. Little does Harry know that the message he carries will set in motion a chain of events that will immortalize his commander and the men under his command. Moving so swiftly that they receive the nickname "foot cavalry," Jackson's small army successfully engages three separate Union forces sent to destroy them. Will their exploits in the Shenandoah Valley be enough to stop McClellan's advance on Richmond and save the Confederacy?