The Guns of Bull Run: A Story of the Civil War's Eve (Paperback) 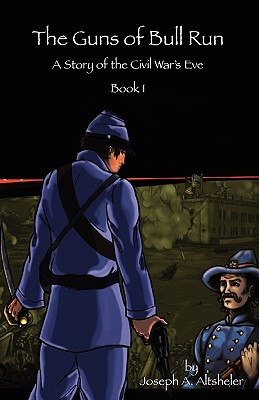 Harry Kenton thrills at the opportunity to carry secret messages through dangerous territory, to train with the renowned Invincibles, to engage in combat with experienced soldiers, and to sneak into Washington and spy on the enemy. But in this complicated War Between the States, the enemy turns out to be not only the faceless North but also a beloved cousin, well-liked acquaintances, and respected military leaders. Stirred by a passionate devotion to his southern roots, Harry determines to stand alongside his fellow soldiers in gray and prove the independence and capability of the new nation. Many hope that the horrible rift will be remedied with a minimum of military action, but each skirmish reinforces the tenacity of both sides. As the first major battle intensifies, Harry begins to suspect that Bull Run may not be the end of the conflict. In fact, it may be just the beginning.