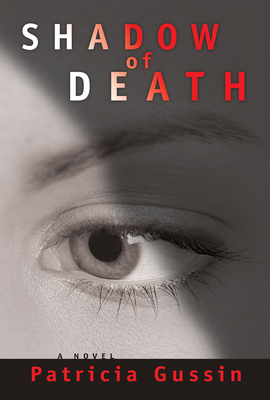 This is book number 1 in the Laura Nelson series series.

This is a world you would never want to enter . . . or forget


Pull a trigger and everything changes. Medical student Laura Nelson had just finished examining her first patient when she is forced to make a split-second decision that will alter the course of her life—forever.

One life will end, and one life will never be the same. But keeping her dreadful secret will be one of the toughest challenges Laura will ever face. With a persistent and perceptive detective hot on her trail and a host of eerie incidents suggesting that maybe her secret isn't really a secret, Laura is drawn into an unseemly web of peril, deceit, and treachery and is forced to risk both her freedom and her sanity.

Will her deadly secret come to light, or must she live forever in the shadow of death?

Set amidst the upheaval and smoldering chaos of the Detroit riots of 1967, Shadow of Death is a haunting tale of unrest, fear, and consequences. Hailed as a stunning debut novel, Shadow of Death provides a spine-chilling glimpse of what lurks in the shadows.

Perfect for fans of Tess Gerritsen and Kathy Reichs

While all of the novels in the Laura Nelson Series stand on their own and can be read in any order, the publication sequence is:

Shadow of Death
Twisted Justice
Weapon of Choice
After the Fall

Patricia Gussin is a New York Times and USA Today best-selling author who is also Board Certified in Family Medicine and has had a career as an executive in the pharmaceutical industry. Her award-winning novels tell the stories of normal people under extraordinary stress. The choices they make. The consequences that follow. The process of endurance and recovery. Shadow of Death, nominated best first novel by International Thriller Writers, is followed by Twisted Justice, Weapon of Choice, and After the Fall. They comprise Medicine and Mayhem: The Dr. Laura Nelson Files. Her standalone thrillers include And Then There Was One, The Test, and Come Home.

“Shadow of Death is medical suspense at its best original and masterfully plotted. Only a physician who is also a great writer could have crafted this novel. This book will have you gasping for breath.” ―Michael Palmer, New York Times best-selling author

“Set against the wounded, wailing backdrop of Detroit during the cataclysmic race riot of 1967. I doubt we’ll see a better story about this unhealed wound in late twentieth-century history.” —Loren D. Estleman, award-winning author

“Shadow of Death portrays an accurate picture of Detroit during that tough year of 1967. It is realistic, gruesome and stunning, almost shocking in its detail.” ―David Poremba, Manager, Burton Historical Collection Detroit Public Library and author of Michigan

“Reaches deep into the heart of any parent's nightmare, then ratchets up the tension five or six notches more, sending the reader on a roller coaster ride of false leads and fresh suspects that will leave you gasping at the end.” ―Lisa Gardner, New York Times best-selling author

“Here is a novel as riveting as it is relentless, driving toward a climax that will have you burning through pages late into the night.” ―James Rollins, New York Times best-selling author

“The lines between right and wrong and good and evil are smudged almost beyond recognition, but there's emotional clout that resonates, all leading to a provocative conclusion.” —Steve Berry, New York Times best-selling author