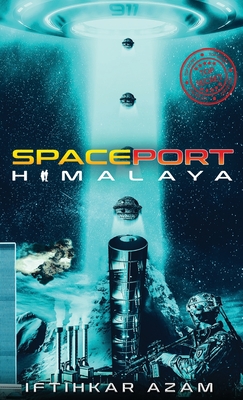 Spaceport Himalaya may at first seem like any other ordinary action sci-fi thriller, but don't be so judgmental, it's far from it. The September the 11th twin tower attacks where no foreign entity based on what I as the author believe to be reality, and so do millions in the USA and across the world all too often likewise believe, also conspiracy theorists speculate on, such as on the who, how, and why regarding this bloodshed. Well folks as you know this book will enlighten you by introducing you to the most profound notion till this day, as to not just why who and how but single out specifically the USA. The CIA would orchestrate such an audacious blue on blue. It's only the goddam Himalayas, tallest and deepest part of the Earth's crust where only there, can it possibly be built. What? A SPACEPORT Using electromagnetism, this being a radical alternative to the current, a base for a new form of reusable space vehicle. This revolutionary approach is derived of magnets magnets magnetically propel a shuttle also lined with magnets in the opposite pole, opposing the former. Powered with electricity all generated by means of geothermal energy, extracted from beneath. Launched along a vertical shaft thus enabling it to be totally self-reliant, and clean from those polluting expensive non-renewable resources (rocket fuel), thus clean energy, limitless energy, technology that could deploy a million tonnes of cargo into space each 24 hours. KNOWN COMMONLY AS ELECTROMEGNETESIM To say this is worth more than all the resources on earth is to say the least, and just how might the US of A manage wind itself in the Himalayas well folks you're about to find out brace yourselves.