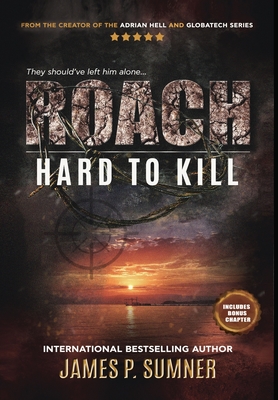 From the international bestselling author of the award-winning Adrian Hell series comes a relentless new thriller.

They left him for dead. Now the only thing he knows is revenge.

He wakes from a coma with no memory of who he is or what happened to him. When his past catches up to him, his only option is to run. Leaving a trail of bodies behind him - some innocent, some not - he disappears.

Time passes. His memories return. His past refuses to stay buried.

Unwillingly thrust into the middle of high stakes industrial espionage, he learns more about the events that cost him his identity... and almost his life. And when the people he cares about are threatened, he can no longer stay hidden. All he wants is to be left in peace, and he's prepared to go to war to get it. But the more involved he gets, the harder it becomes to ignore the bigger threat. Can he look past his own quest for vengeance to see the real enemy?

This breathtaking new action thriller from James P. Sumner introduces a new hero who is sure to inject new life into the genre. A gripping page-turner that keeps you hooked from cover to cover, perfect for fans of Robert Ludlum's Jason Bourne and Lee Child's Jack Reacher