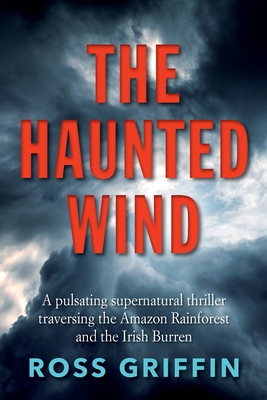 Sometimes the wind can sound haunted... but what if it really is? Something sinister blows in the wind...

Ed, an archaeology graduate from Yorkshire, is out of options. Maria, a Brazilian anthropologist, seeks justice, and Neha, an indigenous Brazilian tribesman, seeks revenge.

Ed reluctantly accepts an archaeological audit job in the west of Ireland but soon discovers that many of the ancient sites have been damaged. Meanwhile, in Brazil, Neha encounters his estranged brother who warns him that something evil has been released into the wind. Following several strange reports, Maria goes to Neha's village and joins him on a quest into the deep Amazon... but what they find will terrify and shock them in equal measure.

Having suffered several hauntings in his small Irish cottage, Ed eventually meets Neha and Maria who have felt compelled to chase something deadly to Ireland. Ed and Neha are yin and yang, but both soon realise that they must work together to stop an evil force before they, and everyone else, are all killed.