The Operation: a tense psychological thriller that will keep you hooked (Paperback) 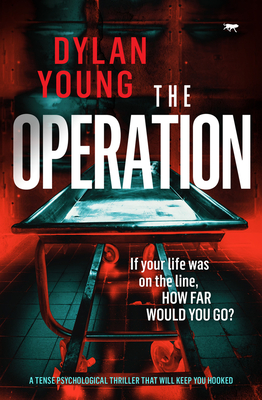 If your life was on the line, how far would you go?

Surgeon Jacob Thorn isn't worried when the police interview him over nurse Katy Leith's disappearance. She is a co-worker, nothing more.  But when a leaked video of him and the missing woman arguing goes viral, the social media reaction is vicious.

When harrowing images of the kidnapped woman start to appear on his phone, along with a demand from her abductor that Jake confesses to a crime he has no recollection of committing, he is forced to act or face terrifying consequences.

He needs to delve into the past for answers. But time is running out for Katy.

Will he admit to his failings and lose everything, or plead ignorance and let an innocent girl die?