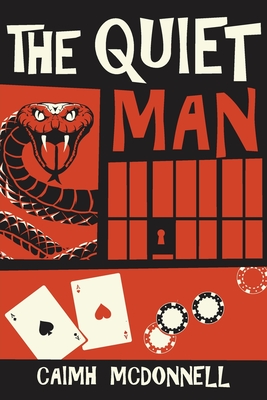 Getting into prison is easy, it's getting out that's tricky.

Almost everyone in prison will tell you they're in there for a crime they didn't commit, but Anthony Rourke really means it. That's because he's actually Bunny McGarry, who has got himself into one of Nevada's finest penitentiaries under false pretences. He is there to bust someone else out.

The Sisters of the Saint, no ordinary bunch of nuns, find themselves caught between a rock and a hard place when two of their order are taken hostage. The only way to ensure their safe return is to trade them for the mysterious man who is now Bunny's cellmate. Rumours abound as to who this man really is, but seeing as nobody is allowed to communicate with him in any way, figuring that out will be tricky.

The last thing the situation needs is further complications, but when Sister Dionne comes into contact with an UFO cult, she recognises it as a massive con job. The reason she is so sure is because the whole thing was her idea in the first place - and now she is determined to put an end to it.

The clock is ticking, the prison authorities are suspicious, and lying low has never been a McGarry strong suit. Can Bunny and the Sisters pull off an audacious prison break against near impossible odds? It's The Shawshank Redemption meets Ocean's Eleven.