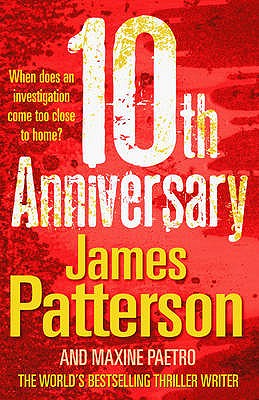 Detective Lindsay Boxer's long-awaited wedding celebration becomes a distant memory when she is called to investigate a horrendous crime: a badly injured teenage girl is left for dead, and her newborn baby is nowhere to be found. Lindsay discovers that not only is there no trace of the criminals--but that the victim may be keeping secrets as well.

James Patterson has had more "New York Times" bestsellers than any other writer, ever, according to "Guinness World Records." Since his first novel won the Edgar Award in 1977, James Patterson's books have sold more than 210 million copies. He is the author of the Alex Cross novels, the most popular detective series of the past twenty-five years, including "Kiss the Girls "and "Along Came a Spider." Mr. Patterson also writes the bestselling Women's Murder Club novels, set in San Francisco, and the top-selling New York detective series of all time, featuring Detective Michael Bennett. He writes full-time and lives in Florida with his family.

Maxine Paetro is the author of three novels, two works of nonfiction, and the coauthor of nine books with James Patterson. She lives in New York with her husband.