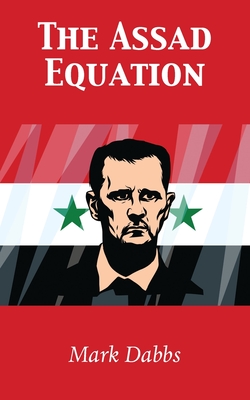 Deep inside war-ravaged Syria lies the Al-Ansariyah mountain range - a region plagued by insurgents from differing warring factions determined to bring down the Assad regime and take power. Somewhere in that barren wilderness is a secret that poses a threat to the stability and safety of the entire Middle East and, ultimately, the world. A desperate rescue mission is needed in which the co-operation of the Russians is required, combining their skills with those of the United States task force. Seven men are chosen in Geneva to be part of a suicide squad who have nothing to lose but their lives. The are to embark on a deadly assignment; as the very least to attempt to restore the status quo or, at the very worst lower the nuclear risk. However, once the team crosses the Turkish border into Syria, things begin to turn into one almighty bloodbath...

Mark Holby, agent and mercenary, is transported from the chaos of Yemen's civil war into the equally hostile environment of Syria's wasteland on a rescue mission like no other. His friend Park Hee-sung is now a victim of the troubles and is trapped deep inside Syria, holding nuclear intelligence concerning Iran's illegal stockpiles and intelligence which could prove fatal to the global balance of power. Joining Holby are a team of hand-picked comrades drafted in to help from the United States. They are led by Bud Inscoe, with fellow Americans Drew Shannon, Alan Godwin and Michael Devore. A desperate search and race against time now begins in order to save Park from being captured and brutally killed by rebel insurgents. Mark must also prevent the nuclear secrets from falling into the wrong hands and failure to do so could jeopardise peace in the Middle East. Can the Russians and the Americans work together to restore equality to their respective allies in that region or will there be treachery present?