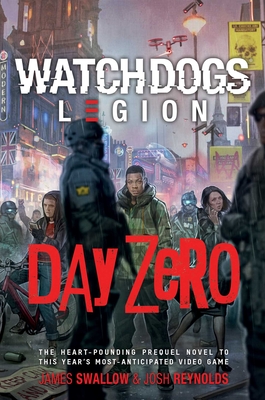 By James Swallow, Josh Reynolds
$16.95
In Our Warehouse - Expected arrival in 2-5 days

Bike messenger and wannabe troublemaker Olly Soames is the newest recruit to DedSec’s Resistance movement, but when a stranger is shot dead in front of him, he realizes that danger is closer than he thinks…

Sarah Lincoln is an aggressive young politician with questionable methods and big ambitions, and when a string of murders unfolds in her borough, it may be the opportunity she has been looking for to make a name for herself…

Ex-MMA fighter turned leg-breaker Ro Hayes is in deep with the vicious Clan Kelley, the most brutal organized crime firm in the city’s underworld, and her survival rests on uncovering a dead man’s secrets…

And for Danny, Ro’s estranged brother and former soldier, his new career with private military contractor Albion is leading him down a very dark path, toward choices he may never be able to take back…

Four lives are drawn into a murderous conspiracy that threatens to destroy Dedsec and plunge the city of London into chaos. Something very bad is going down in London town…

JOSH REYNOLDS is the author of over thirty novels and numerous short stories, including the New York Times-bestselling Warhammer: Age of Sigmar and Warhammer 40,000 series. He grew up in South Carolina and now lives in Sheffield, UK.

“Top of the must-read list for discerning espionage and action fans.”
— – The Visitor