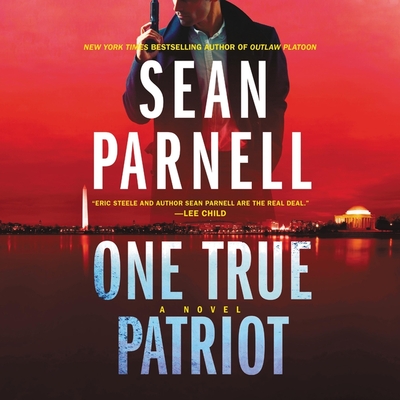 Special operative Eric Steele must stop a foreign assassin targeting top-tier U.S. military personnel and derail a strike aimed at the heart of America in this third electrifying military thriller from the New York Times bestselling author of All Out War, perfect for fans of Brad Thor, Vince Flynn, and Tom Clancy

Two months after taking down terrorist Aleksandr Zakayev, Eric Steele is back in action. Though he is completing his Alpha assignments with the same deadly efficiency as always, he has lingering questions about his missing father--and his own future in the Program.

When Steele gets the alert that a fellow Alpha is in serious trouble, he rushes to Paris--only to arrive too late. Jonathan Raines, Stalker Six, is dead, the victim of a brutal attack. While on leave in the City of Light, Raines had met an attractive art historian who lured him into a trap. Before she vanished, the mysterious woman left a warning for anyone from the Alpha program who might follow her.

One of the best and most effective warriors in the top-secret Program, Steele has been trained to take on enemies, and no threat will deter him from avenging a fallen brother. But the killer won't be easy to find. The search takes Steele around the world, from France, to the Adriatic coast of Italy, to the outskirts of Aleppo, Syria, and to a top-secret prison in Russia-- where, unexpectedly, he finds more clues about his father--before finally taking him back to the streets of Washington, D.C.

No one is safe while the killer is on the loose, and the danger is heightened when Steele discovers intel that killing Alphas is just the beginning of a larger, more nefarious plot. The real target is much, much bigger--and it's up to Steele to prevent catastrophe before he becomes the next elite warrior to fall.