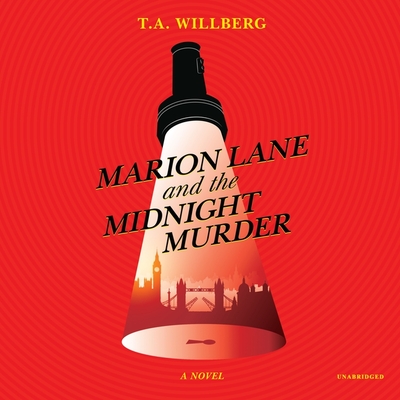 The letter was short. A name, a time, a place.Marion Lane and the Midnight Murder plunges readers into the heart of London, to the secret tunnels that exist far beneath the city streets. There, a mysterious group of detectives recruited for Miss Brickett's Investigations & Inquiries use their cunning and gadgets to solve crimes that have stumped Scotland Yard.

Late one night in April 1958, a filing assistant for Miss Brickett's named Michelle White receives a letter warning her that a heinous act is about to occur. She goes to investigate but finds the room empty. At the stroke of midnight, she is murdered by a killer she can't see--her death the only sign she wasn't alone. It becomes chillingly clear that the person responsible must also work for Miss Brickett's, making everyone a suspect.

Almost unwillingly, Marion Lane, a first-year Inquirer-in-training, finds herself being drawn ever deeper into the investigation. When her friend and mentor is framed for the crime, to clear his name she must sort through the hidden alliances at Miss Brickett's and secrets dating back to WWII. Masterful, clever and deliciously suspenseful, Marion Lane and the Midnight Murder is a fresh take on the Agatha Christie--style locked-room mystery with an exciting new heroine detective at the helm.