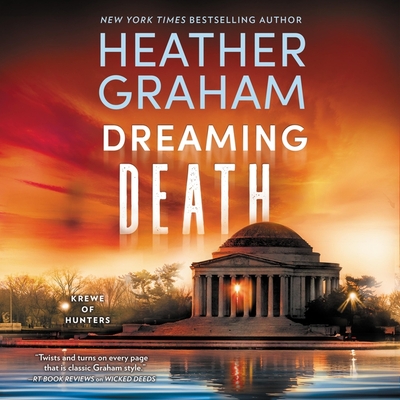 By Heather Graham, Roger Wayne (Read by)
Email or call for price.
Not Available at This Time

SWEET DREAMS AREN'T MADE OF THIS

Ever since she was a child, Stacey Hanson has had strange dreams--and sometimes they come true. Her skills and experience led her straight to the FBI's Krewe of Hunters. Now a serial killer is stalking Washington, DC, and people are scared. And it will be Stacey's first case.

Special Agent Keenan Wallace isn't exactly thrilled to be teamed up with a rookie, but they're going to have to get past their mutual friction if they want to stop a brutal killer. The victims are all vulnerable women, though the clues lead to suspects from DC's powerful elite. Stacey can't escape her nightly visions, but in trying to prevent them from occurring in real life, she might come face-to-face with a nightmare.