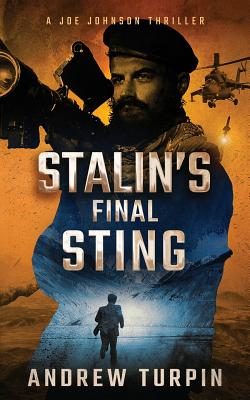 This is book number 4 in the Joe Johnson Thriller series.

The darkest secrets of a Russian oligarch--a legacy from Stalin. A hidden batch of the CIA's Stinger missiles. And the insatiable Afghan thirst for revenge.

Ex-CIA war crimes investigator Joe Johnson is sucked into an inquiry which delves into the deadly world of Soviet and US undercover operations in Afghanistan during the '80s--and mysterious connections to current US and Russian politics.

Johnson and his ex-MI6 colleague Jayne Robinson find themselves pursuing a Russian energy industry oligarch with strong links to Putin and a past he would rather keep hidden and an Afghan mujahideen bent on the most bloodthirsty revenge.

The investigation is thrown awry by Johnson's crooked former CIA boss, now on the run, and by a miscalculation of the dangers lurking in the Hindu Kush mountains, ridden with heavily armed Taliban insurgents.

The story reaches a raw climax in Brooklyn, Manhattan, Moscow, and Kabul, as Johnson battles to overcome the powerful forces lined up against him, including former KGB agents.

Stalin's Final Sting is a gripping thriller--the fourth in the Joe Johnson series--with some twists that the reader will never see coming.

Meet Joe Johnson today and watch him uncover buried truths from the past.