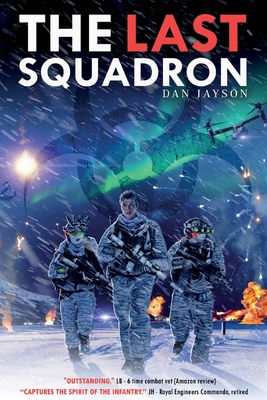 Just fifteen years from now, the world is polarised along ethnic and religious lines. Regional low-intensity wars have now been raging for thirty-five years.

In the midst of the conflict, ninety-seven members of the Allied forces 9th Mountain Squadron enroute from the Northern Front for a long awaited period of rest and relaxation, are shot down over the Nordic wilderness.

With no way of communicating with the outside world, the aircraft's captain, Natasha Kavolsky, and the squadron commander, Major Alexander Burton, lead the squadron out of the wilderness only to discover that during their absence the world they knew has ceased to exist.

This is a story of comradeship, hope and despair set in a world that is even now a real and terrifying possibility.