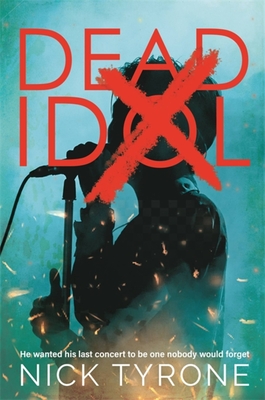 In a world of fake news, who can you trust?

Global pop sensation Noah Hastings takes to the stage for his sold-out concert. After singing his latest hit, Noah detonates a bomb strapped to his chest, killing himself and ninety-one of his fans.

Speculation about the pop star's motivation for the crime runs riot until the authorities pin the blame on fundamentalist Islam. But what happens when Noah's inspiration turns out to be another ideology?

Nina Hargreaves, an investigative journalist, travels around America searching for the real story. She gets close to the truth - but risks losing everything she has in the process...

Nick Tyrone is a writer and political commentator who has written for the New Statesman, Daily Telegraph, Independent and Daily Express. He has also appeared on BBC News, Good Morning Britain, Sky News, Al Jeezera and Intelligence Squared.

In 2017, he wrote the book Apocalypse Delayed: Why the Left is Still in Trouble about the future of UK politics.

Nick lives in London with his family.