James A. Bailey: The Genius Behind the Barnum & Bailey Circus (Paperback) 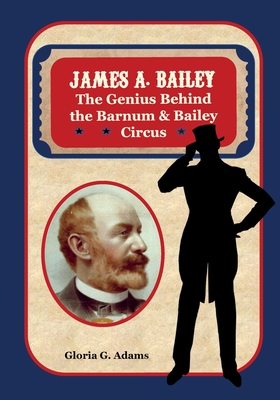 Although history has swept James Anthony Bailey into the iconic shadow of P. T. Barnum, Bailey was the hard-working manager and the driving force behind The Greatest Show on Earth. He is considered to have been one of the most successful circus managers of the 19th century.

Orphaned at age 8, James Bailey left home and joined the Robinson and Lake traveling circus when he was just 13. His hard work and determination carried him up through the ranks of the circus world to become a partner with James Cooper's circus at only 28 year's old. Their circus was so successful that soon it was bringing in more business than P.T. Barnum's Greatest Show on Earth. Bailey and Barnum decided to merge their shows and it became one of the most famous circuses in the world. Following Barnum's death, Bailey managed their circus, as well as a second circus and Buffalo Bill Cody's Wild West Show. He was a quiet, intelligent man who insisted on remaining behind the scenes.

He led an extraordinary life. This is his story.