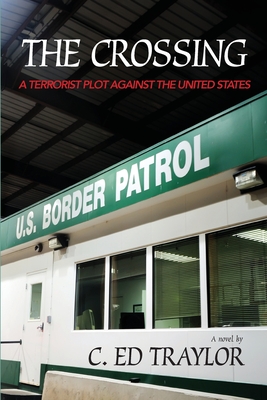 A routine traffic stop in the Illinois heartland uncovers a sinister secret-a sweeping terrorist plot endangering the lives of thousands of Americans.

The Crossing focuses on Racheed UL-Bashar, a Pakistani whose grandfather and sister are killed in an American drone strike in Pakistan. Driven by revenge against the United States, the obsessive Racheed develops a minutely detailed plot, a synchronized attack that will hit three American Cities on the anniversary of September 11. He obtains contact information of Juan Rodrequs, a violent, ruthless drug cartel leader in Jauarez, Mexico, who agrees-for a price-to move terrorists across the border and supply all materials needed for the attacks.

All goes well until Diego Garcia, a trusted ally and confidant of the cartel leader, is stopped for a speeding violation in Illinois. There, 400 kilograms of cocaine are discovered, concealed in his vehicle, and he is facing significant prison time. To save himself, Garcia, becomes an informant for agents of the FBI Anti-Terrorism Task Force.

Unbeknownst to the other terrorists, the informant, or the FBI Task Force, Racheed and his partner change plans at the last minute and enter the U.S. at a different location. This unexpected move forces the FBI Task Force to scramble. Will they be able to eliminate the threat to some of America's largest cities and most cherished attractions?